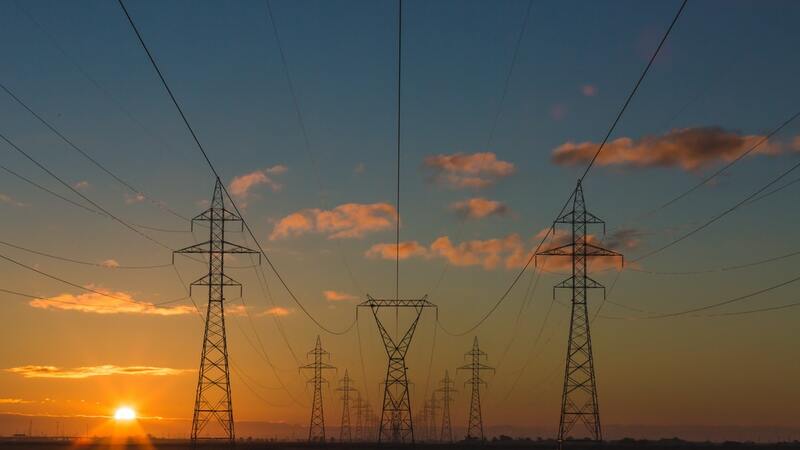 Power pylons at sunset by Matthew Henry is licensed under Unsplash unsplash.com
Captain Cornicelli recognizes that America’s reliance on foreign energy sources is a threat to both our national security and our nation’s ability to combat the effects of climate change.

As your next Congressman, Robert will actively seek to attain total energy independence by: When the United States relies on other nations to power our homes, businesses, and military, it undermines our ability to negotiate with both allies and adversaries. Our dependence on OPEC, Russia, and Saudi Arabia prevents us from both effectively furthering the quality of democracy abroad and upholding human rights.

Robert also believes that combating climate change requires the future of America’s energy sector to be in the hands of the American people. The short-term increase of domestic natural gas production will allow the United States to begin reducing its consumption of coal and petroleum while providing additional time to develop and implement a robust renewable energy network. As one of the most effective and least invasive energy sources in terms of the space required for production, nuclear power will be instrumental in America’s battle against climate change.

As the efficiency of solar and wind farms continues to increase, Captain Cornicelli will actively seek to bring those systems to Long Island. To get to this point, we need to increase access to grants for our universities and private businesses pursuing research in these areas. Instead of giving contracts to foreign firms, Robert wants to use American labor to put that money back into the American economy and back into the pockets of the American people.

Finally, Cap understands that the petroleum and coal industries provide work for millions of Americans. As your Congressman, he will make sure that any transition to a sustainable economy does not leave those workers behind.
Power pylons at sunset by Matthew Henry is licensed under Unsplash unsplash.com

Energy and the Environment (by the numbers):
Paid for by Cornicelli For Congress