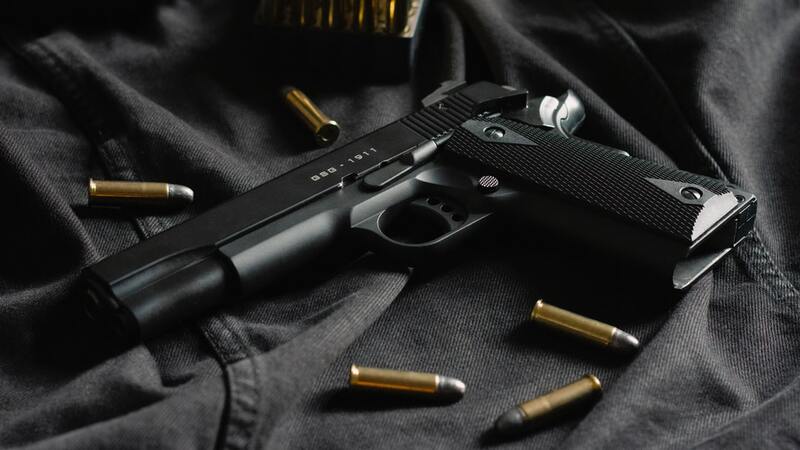 A black handgun on black cloth, with ammunition by Thomas Def is licensed under Unsplash unsplash.com
One of Cap's first orders of business will be a constitutional carry that bars any state from passing any legislation that restricts an individual's CONSTITUTIONAL right to own or carry a firearm.

In this country, the most sacred documents we have are the Constitution and the Bill of Rights. The Second Amendment to the Constitution reads "A well regulated Militia, being necessary to the security of a free State, the right of the people to keep and bear Arms, shall not be infringed". Since the passage of the Constitution and of this Amendment in 1789, the states and courts have time and again held that Americans' rights to keep and bear arms will not be infringed upon. When Cap gets to Congress, he will fight day in and day out to protect the Second Amendment and to defend our freedoms from the unconstitutional onslaught.

When he gets to Washington, Captain Cornicelli will:
As someone who has devoted his entire life to fighting for the American people, Robert, and his entire Congressional team will work tirelessly to make sure the American people are not stripped of their liberties by a government without the right to do so. The Second Amendment is clear and until it is changed through the Constitution's outlined process of amending the document, Cap will fight to the death to defend it.
A black handgun on black cloth, with ammunition by Thomas Def is licensed under Unsplash unsplash.com

Violence in America (by the numbers):
Paid for by Cornicelli For Congress